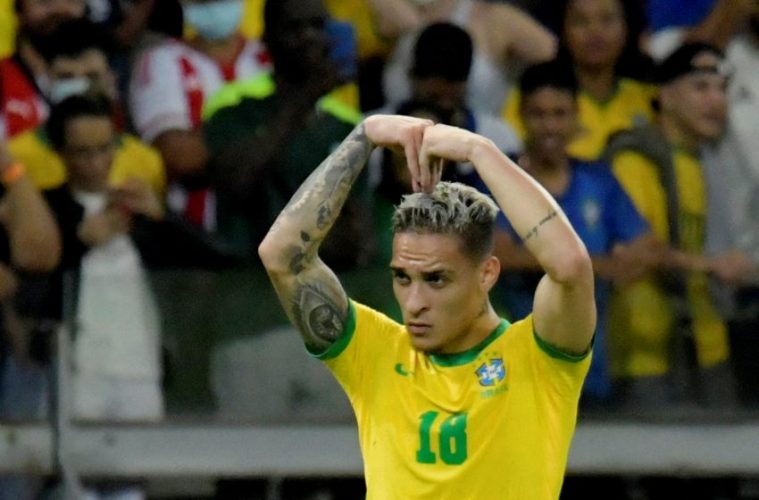 Manchester United had three different goalscorers in their win over FC Sheriff in the Europa League, but none were talked about more than Antony.

The Brazilian winger only played 45 minutes on Thursday night, as Erik ten Hag decided to give him some rest after starting the 22-year-old in 11 straight games since his arrival from Ajax.

Antony has already produced several exciting performances for United so far, scoring three times in the process, including a goal on his debut against Arsenal. But it was his trademark skill against Sheriff that truly made him a hot-topic amongst pundits.

With the scoreline at 0-0 a few minutes before the pause, Antony received the ball in space and instead of taking on a defender he did a 360-degree spin with the ball glued to his left foot. Mind you, he did release a pass in the penalty area after a double spin, but couldn’t find his teammate.

Some experts weren’t impressed with Antony’s showboating, with BT Sport pundit Paul Scholes suggesting the player was “being a clown”.

Regardless, the exciting winger isn’t too bothered by the negative reactions to his skill, and took to Instagram on Friday to insist he won’t stop doing “what got me to where I am!”.

His international teammate Neymar also backed him by sharing the clip of Antony’s spin move on his Instagram story.

The duo will share the pitch in the World Cup in the coming weeks, and would certainly do their best to not only lift the prestigious trophy but to do so by enjoying and expressing themselves in the Brazilian style.