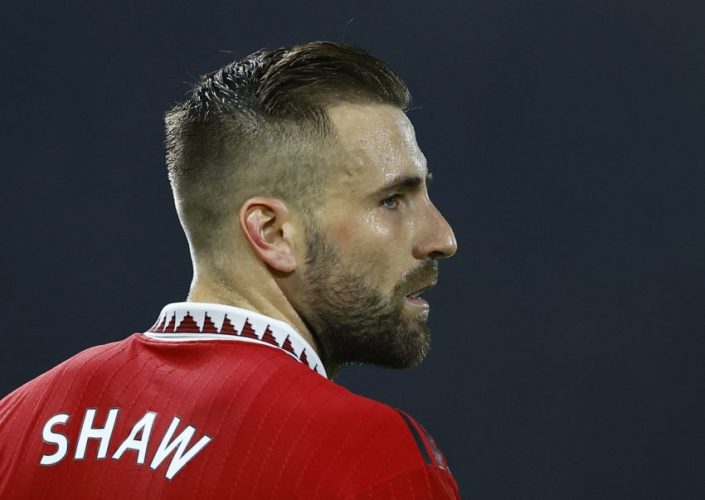 Manchester United had Erik ten Hag to thank as they secured a convincing 2-1 victory over Manchester City on Saturday. The Old Trafford encounter was nothing like the frankly embarrassing 6-3 meeting at the Etihad earlier in the season which was the Dutchman’s baptism of fire.

This time around, the credit goes to the former Ajax gaffer at making crucial decisions in man-management, a feat that fans took notice of and praised aplenty.

The first was the highly successful ongoing experiment of deploying Luke Shaw at centre-back. In prior games this turned out very well from a tactical perspective and succeeded in getting out of the Englishman a performative flair which he last excelled only at the flank.

More importantly, the decision ensured that the likes of Lisandro Martinez and Harry Maguire work hard to retain their starting spots while also opening up their availability as impact substitutions as seen in the derby.

EtH football vision most clear in his use of Shaw. At Ajax, he also had 2 traditionally smaller CBs in Licha & Timber. Playing centrally forces Luke to constantly focus, evidenced by his positioning/repeated scanning. He is comfortable attacking first ball or sitting off, reading

Luke Shaw asked about pocketing Haaland: ‘Shaw laughs’ “the effort of the team to keep him quiet. "It's not just about me and Raphael [Varane], it's about the whole team. We defended so, so well," he added. pic.twitter.com/MBDS72zMac

Luke Shaw has rarely played better. Three times in injury-time, Shaw made vital interceptions, two in the air and one on the ground. Such a competitor whether at centre-back or left-back. Huge performance from Shaw and a huge result for #MUFC. #MUNMCI

If last season you'd told me Luke Shaw would become the best CB in the PL, Marcus Rashford would be scoring literally every single game and AWB would be skipping past players like a prime George Best I'd have told you to stop smoking crack. But here we are.

Next, the comeback of Aaron Wan-Bissaka is something that few fans would have dreamt of given how the fullback was excluded from the starting lineup altogether. However, ten Hag was keen on not giving up on him and appears to have spotted something different in the former Crystal Palace personnel, who has now ousted Diogo Dalot for the time being.

In particular, Wan-Bissaka was a thing of beauty when on the ball, achieving his press-resistant potential in the derby. Moreover, it was his vision and pass which started the process which culminated in Bruno Fernandes’ well-placed equaliser.

Wan Bissaka was on the bench for several months.

He didn't even give ONE tantrum or interview. Improved his game and bounced back.

Wan bissaka contribution cannot be underrated. He has been STUNNING.

What Ten Hag has done with players who were much maligned is so impressive – Fred and Shaw were exceptional, Wan Bissaka looks like he’s rediscovered how to play. #MUFC

What both these moves also ensure is that there is healthy competition amongst the squad, ensuring dynamic rotation in a schedule which is already packed to unprecedented levels. This is where ten Hag thrives.

The finesse with which just these two issues are dealt with could very much be the seeds of the titles that the United faithful are hungry for close to a decade now.