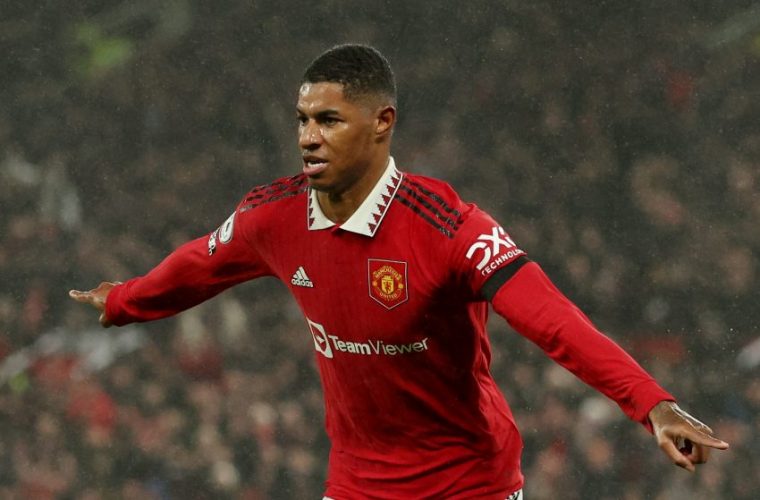 Manchester United got their derby revenge, as the Red Devils came from behind to stun their noisy neighbours.

Erik ten Hag’s men allowed Manchester City to enjoy the lion’s share of possession, but kept Erling Haaland and company quiet in the first half. Jack Grealish’s introduction after the break opened the gap for Kevin De Bruyne to run into and play a dinked cross. The Englishman rose the highest to nod home and silence the home crowd right at the hour mark.

But the Theatre of Dreams had more drama to offer. Goals from Bruno Fernandes and Marcus Rashford in four minutes turned the game on its head and the hosts kept all three points on the Red side of Manchester.

Here are five things we learned:

A late derby winner from an academy player, who is a Manc born and bred, took United to third on the table, just one point behind City.

The Reds are on a nine-game winning streak for the first since Sir Alex Ferguson was the manager. The remarkable string of victories has coincided with the electric form of their No 10, who has been a difference-maker in several matches, whether it be from the start or off the bench.

With his goal against City, Rashford has become the first United player to score in seven consecutive games since Cristiano Ronaldo in 2008.

Ten Hag has found his talisman, and now it’s all about keeping him fit in order to maintain United’s momentum in the second half of the season.

Before the World-Cup break, Haaland-led City were viewed as firm favourites to win this season’s league title despite trailing Arsenal. However, United’s winter resurgence under Ten Hag coupled with City’s inconsistent results have influenced the course of the title race.

Pep Guardiola appeared to concede his side won’t win the title after the full-time whistle on Saturday, and Ten Hag insisted his players have to keep their feet on the ground despite being just six points behind the leaders.

Meanwhile, Mikel Arteta is not playing down the title chances of Arsenal, who have the opportunity to cement that view by beating Tottenham Hotspur and United in their next two league outings.

Rashford wasn’t the only United academy product who shone in the derby.

Despite coming on after 70 minutes, Alejandro Garnacho tested City defenders more than any other in player Red. His relentless attempts at taking on his man allowed United to take advantage of the chaos that followed the opening goal.

The Argentine talent spun around Nathan Ake before  finding Rashford with a low cross to make it 2-1.

Garnacho was equally impressive from the start against Charlton Athletic. But such is Rashford’s form that for now, the young star will have to make do with cameo appearances in the league.

The two in-form defensive midfielders dominated the pre-match discourse, and both showed their class in different phases of the game.

As United ceded territory in the first half, Rodri dictated the play and was the only City player to create a chance. The Spaniard was even better once the visitors increased their intensity in attack, and moved past Casemiro on more than one occasion. The Brazilian could’ve also done better to stop De Bruyne from assisting Grealish.

Once the game stretched, Casemiro came into his own. It was his through ball that Fernandes controversially smashed past Ederson. In the final minutes, he made a last-ditch block to deny Erling Haaland from changing the mood in the stadium.

The full-back pairing that Ten Hag deployed against City doesn’t feature in many of the fans’ strongest XIs and is not going to get much space on the front pages reserved for goal-scorers.

But both Aaron Wan-Bissaka and Tyrell Malacia were defensively solid and limited box entries from Phil Foden and Riyad Mahrez, forcing the duo to reluctantly pass back to their midfielders to maintain possession.

Pep Guardiola: "We missed a little bit of our threat up front, we were a little bit disconnected. But it’s not easy when they follow man-to-man. Their full backs are close to our wingers. But yes, we made a fantastic game given the quality of the opponent." [via @ManCity]

Such was Wan-Bissaka’s performance that Guardiola hooked off Foden early in the second half. The right-back also displayed renewed confidence with the ball at the opposite end and didn’t shy away from showing off his dribbling skills.

← Ten Hag’s transformation of Shaw and AWB needs to be talked about moreTactical Analysis: How Ten Hag stopped Haaland in the Manchester derby →