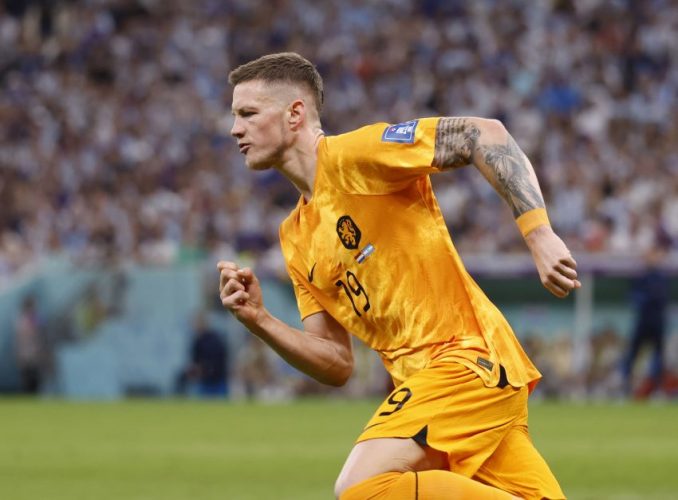 Manchester United’s decision to chase a short-term solution to their attacking issues kept them out of the race for marquee names.

Cody Gakpo, who at one point seemed destined to join hands with Erik ten Hag in Manchester, moved to Merseyside instead. Atletico Madrid made Joao Felix available on loan, but their exuberant asking price only ever interested Chelsea.

Wout Weghorst was ultimately earmarked as the player who fit the club’s budget as well as Ten Hag’s vision and system.

Weghorst isn’t the fanciest name out there and isn’t a silky-dribbling versatile attacking option in the ilk of Gakpo and Felix, who will fill in the role of false nine and form part of an interchanging attacking line that many relate with the positional play philosophy.

Contrary to popular belief, Ten Hag has used old-school strikers during the best part of his coaching career. The Dutchman managed the likes of Marko Arnautović, Klaas-Jan Huntelaar, and Sebastien Haller to great effect in the past, and will be keen that Weghorst – who possesses many of the same traits – will make a difference at Old Trafford.

Let’s deep dive and take a more detailed look into the striker’s profile.

At 6ft 6in, Weghorst is an obvious target for his teammates when they look to play long balls over the top. But apart from his obvious physicality, he has the technical ability to be an efficient focal point in attack.

Weghorst tends to occupy the space between centre-backs, receive the ball at his feet and link up with his teammates in the final third. With a number nine who’s comfortable in possession with his back to goal, United can get more men into play and maintain pressure in the final third against teams that defend with a low block.

His central positioning and movement not only occupy the minds of the defenders but also occasionally drags them out of position, which at United will open the space for the likes of Marcus Rashford and Bruno Fernandes to exploit.

Fox in the box 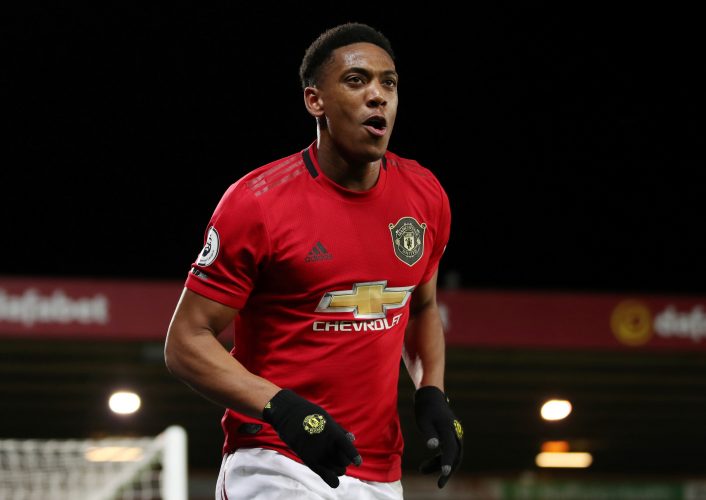 The excitement of Weghorst’s move shouldn’t make United fans forget that Anthony Martial also excels at combining in and around the penalty area.

However, what Martial lacks is a desire to attack the goal after dropping off to link up. United forwards seldom make good runs in the box, throw them in front of the keeper or position themselves adequately to get a chance at goal. Scorers of great goals and not great goal scores and all that.

In domestic league football, Wout Weghorst has scored 125 goals with just 1 coming from outside the box.

Weghorst, in contrast, scores almost all of his goals from inside the penalty box, as he constantly looks to get on the end of crosses or cut-backs. Impressively, he doesn’t always rely on his physicality to get the better off the defender and instead peels away from the marker to get the all-important touch.

Both Antony and Luke Shaw should see an increase in their assist-tally following the 30-year-old’s arrival.

Weghorst’s age and stature at first may give the impression United are signing a player who could disrupt Ten Hag’s high-pressing system, but that’s far from the reality. If anything, he has the potential to elevate their approach off the ball.

The Dutchman’s numbers for pressures per 90 were amongst the best in the league during his time at Burnley. United are getting a work-horse, who has the tactical nous to become a nuisance for any side attempting to build from the back.

Wout Weghorst has MORE presses per 90 than any other Premier League player since last January. 🥇 pic.twitter.com/btoeFCymqi

His intensity to not let the opposition relax in possession translates from his competitive character, which was on display during the World Cup. Aside from showing incredible resilience to score two late goals against Argentina to take the quarter-final tie to extra-time Weghorst also didn’t shy away from getting into a spat with Lionel Messi.

Ten Hag will certainly relish such a character in his dressing room.

← What Casemiro Told His Agent After United’s 4-0 Defeat At BrentfordMan United 2-1 Man City: Player Ratings From The Breathtaking Derby →