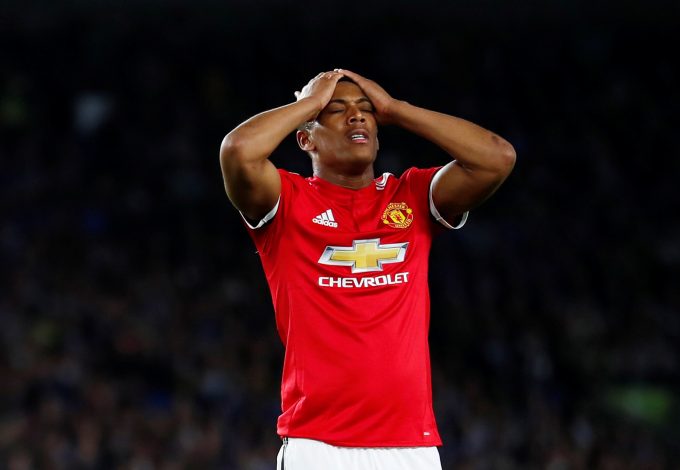 Man Utd are closing in on an £80m deal for Jadon Sancho, with Anthony Martial likely to depart to make way for the Englishman.

The Premier League outfit are close to reaching an agreement with Borussia Dortmund for the England international. As per the Mirror, the deal is said to be worth around an initial £75 million with about £5 million in add-ons. Ed Woodward and Hans Joachim-Watzke are said to be in constant touch in order to discuss a fee and payment structure.

United wanted to secure Sancho’s services last summer but were unable to complete the deal due to the Germans’ £110 million valuation of him. It was a disappointing ordeal after already having reportedly agreed personal terms with the Englishman.

However, due to the financial burden the pandemic has brought with it, the Bundesliga side have been forced to reduce their valuation. Which is good news for the English giants who have been lying in wait for an opportunity like this.

On the other hand, the playmaker’s arrival means Ole Gunnar Solskjaer will likely have to offload one of his forwards. As per the report, that player is going to be Anthony Martial.

The Frenchman has yet again failed to maintain consistency and lost his place to Edinson Cavani – who was rewarded with a contract extension – towards the end of last season. Now, it seems as if Martial will have to make way for the new marquee signing.

Meanwhile, Tottenham Hotspur are said to be interested in the striker. The Londoners are likely apprehensive about Man City’s interest in Harry Kane. A replacement would be needed should the England captain be tempted into making the switch.

From an optimistic perspective, the 21-year-old seems likely to bid farewell to Dortmund soon, which means the departure of the former Monaco man from Old Trafford could very well be an expectation at this point.