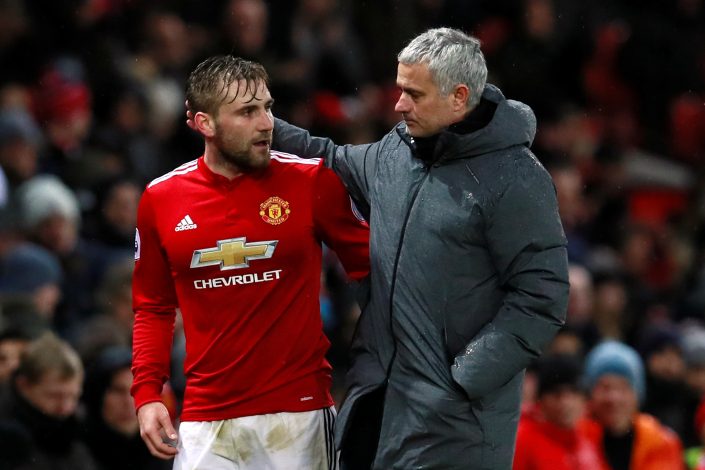 Luke Shaw has hit back at Jose Mourinho for the negative comments on his Euro 2020 performance.

The former United manager, who failed to get the best out of the Englishman during his time in Manchester, also picked Chelsea’s Ben Chilwell as his preferred option for the England left-back spot ahead of Shaw before the start of the tournament.

Considering the 25-year-old was one of the best full-backs in Europe last season, it seemed some of Mourinho’s criticism stemmed from the two-and-a-half years the duo shared together at Carrington rather than his showings under Ole Gunnar Solskjaer.

The newly appointed AS Roma manager has managed to trigger a response from Shaw, with the player insisting his ex-boss to ‘move on’.

“I am used to him saying negative stuff about me now, so I just pass it by. I leave it be, I ignore it. I just focus on what the coaching staff say here, what Gareth Southgate says and that’s that, really,” the 25-year-old said (via the Mirror).

“He just needs to move on. Hopefully he can find his peace with that and finally move and stop worrying about me. Clearly I am in his head a lot and he clearly thinks about me a lot.”

Fair play to the England international for speaking up. However, it’ll be ideal for Gareth Southgate’s men to shut out the noise from outside ahead of their crucial last 16 clash against Germany on Tuesday.